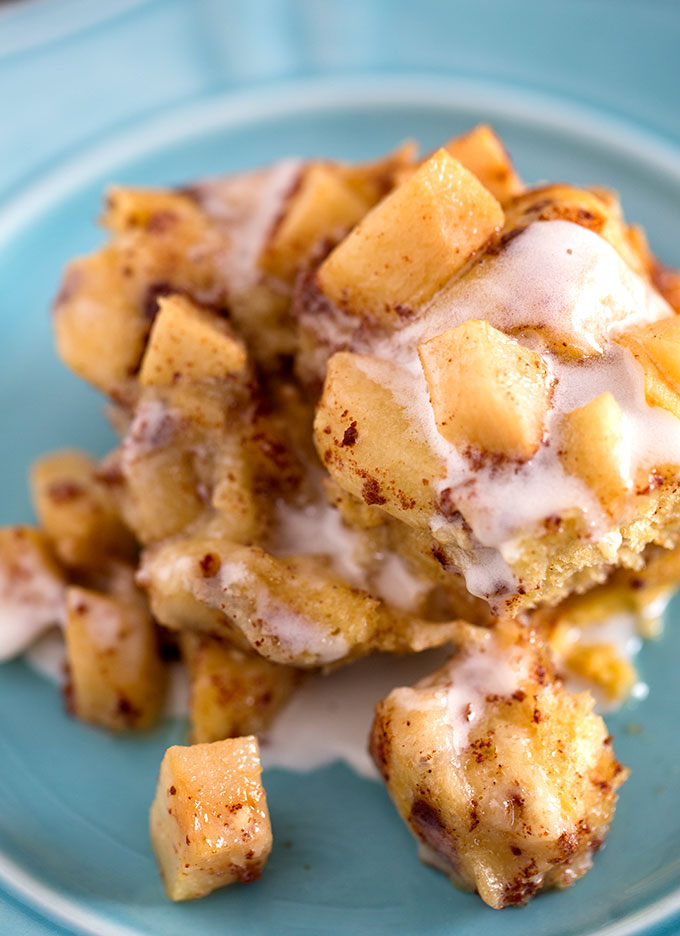 Crock Pot Cinnamon Roll Casserole with Apples is cut up cinnamon rolls and chopped apples that are coated in a sweet egg custard in a slow cooker.

Add 2 cups of chopped apples on top of the cinnamon rolls. 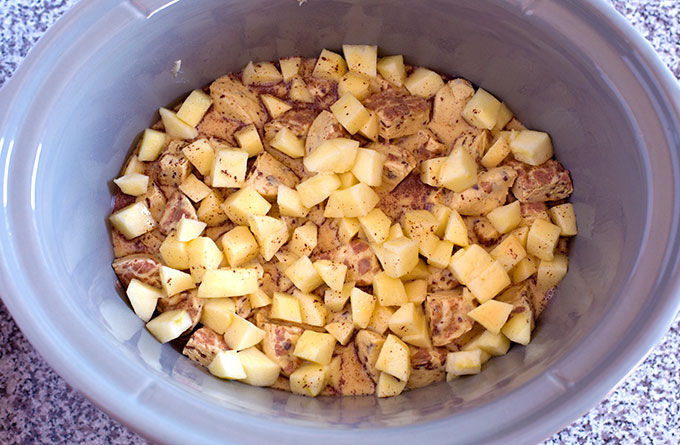 In a large bowl, add eggs, half & half, maple syrup, vanilla, and cinnamon.  Whisk until well combined.

Pour the egg mixture over the cinnamon rolls and apples.

Cover the slow cooker and cook on low for 2 1/2 hours. 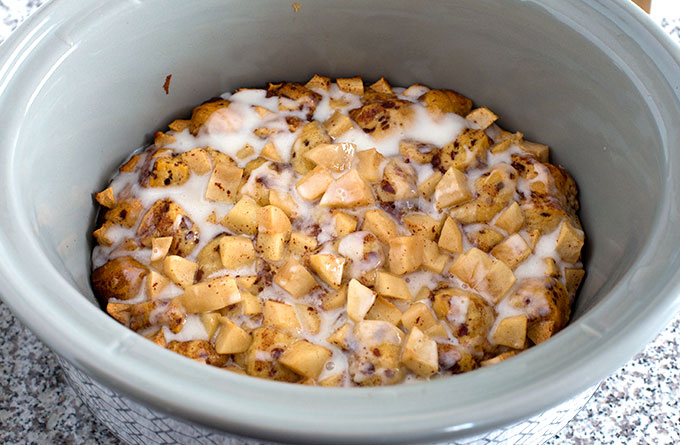 Use the icing packages that came with the cinnamon rolls and drizzle the icing over the casserole.

This recipe was adapted from this recipe from Fake Ginger. 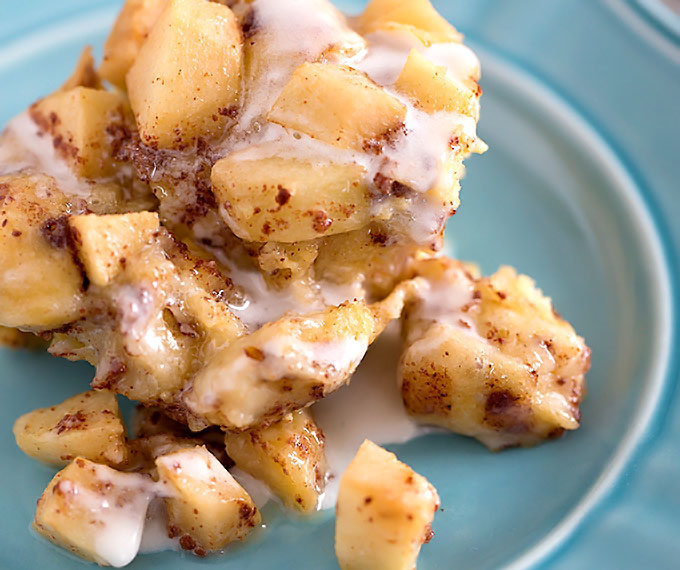 Looking for more great breakfast casserole recipes?  Check out my: 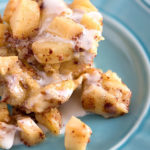 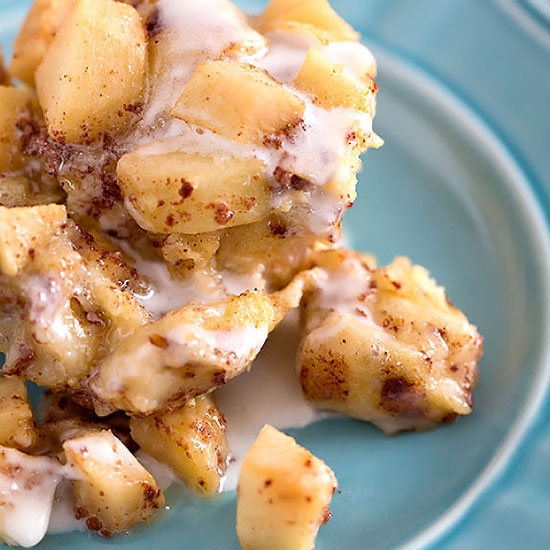 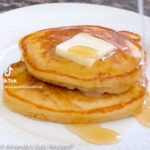 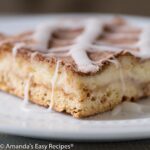 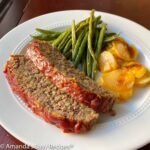 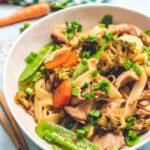 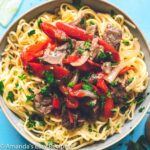